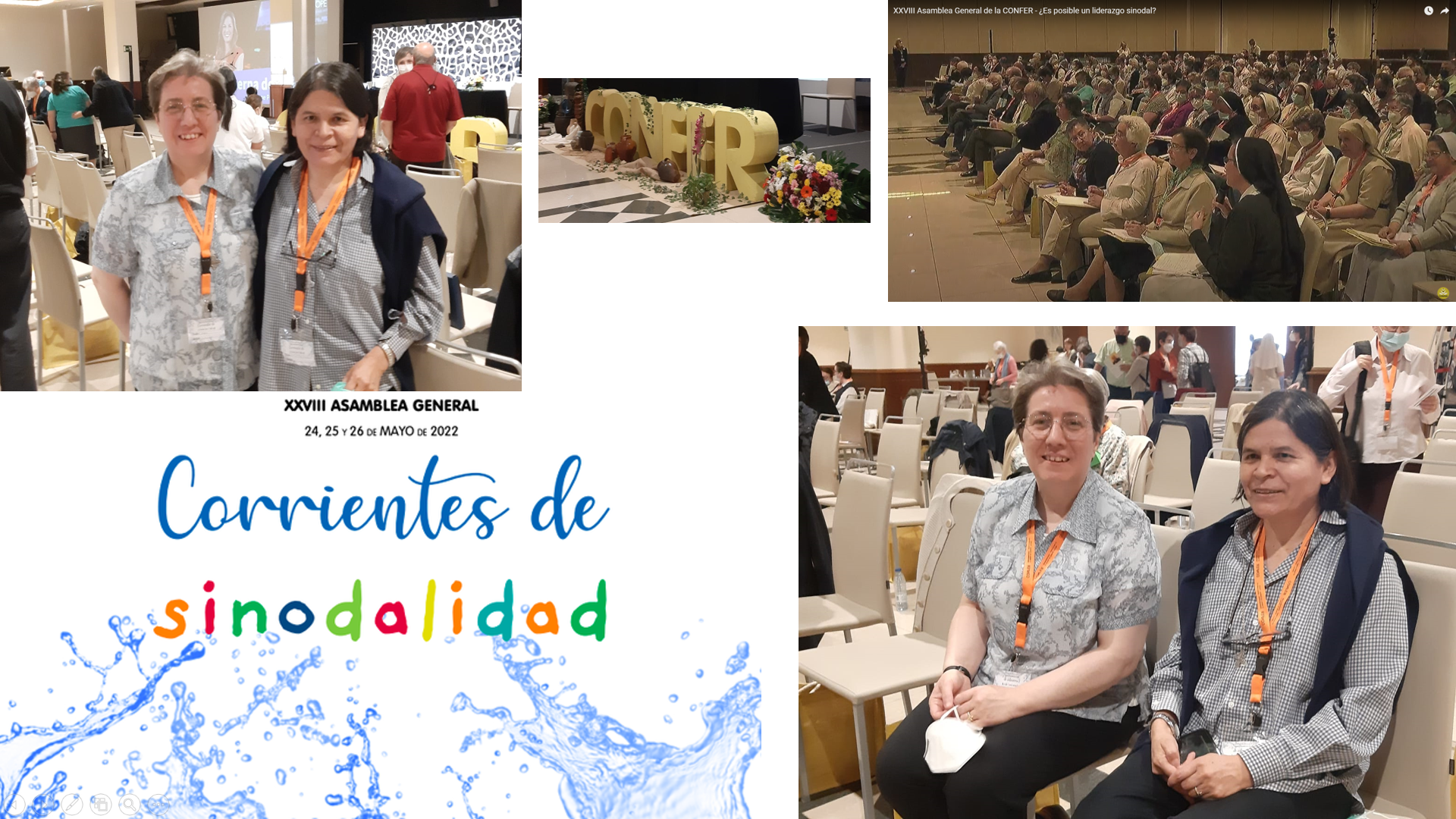 The Mother General, M. María Joaquina Lozano López, and the Provincial Superior of Europe-Africa, M. Emiliana Mamani Martínez, participate in the General Assembly (May 24-26), in Madrid.

“We believe that, as Major Superiors, we have an important word to say and to contribute and to this we dedicate an important time of the Assembly.

We are beings in relationship from our birth. And we are, as a Church, ecclesial, synodal beings, who make of our living a hymn to synodality, to the experiential expression of our charisms together with other brothers and sisters, from the concrete reality of our Congregations. But, in addition, we feel that we are Church, walking together, building together God’s desire to be a united family, where each one, from the vocation received, deploys all her potential to feel protagonist and builder of the Church of Jesus: a Church that wants to be fraternal, wide, where everyone fits and where we can say the best word: brother, sister.

WITHIN THE SYNODAL WORK

To help us in this process of discernment and deepening in the synodal journey, we have Cristina Inogés-Sanz and Mª Luisa Berzosa, FI. Both are people close to synodal work, even from within the synodal path itself undertaken by the Church; Fernando Cordero, SSCC, has joined the preparatory work.

We also see how the work entrusted by the previous Assembly in the process of strengthening the CONFER has been specified. That is why we dedicated some time to those plans that we already saw in the last Assembly and that, now, we present in a much more concrete way. This allows us to glimpse the Strategic Lines (to be approved by the Assembly) for the work of the entire CONFER during the next course.

We want to continue committing ourselves to it with all our strength, collaborating with the Dioceses and the Episcopal Conference from our possibilities and concrete situations so that this effort does not falter.” 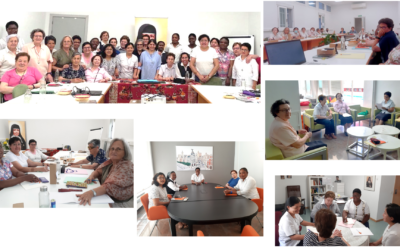 It began with a retreat, a space to prepare to listen to God. If, in itself, the chapter is a moment of special grace, it also represented an intermediate goal in the discernment process lived by the congregation for two years. A structure in which we live synodality,... 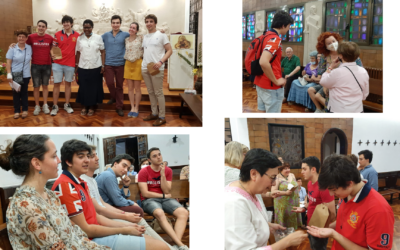 Although, initially, I saw myself without the right or ability to tell you something that would motivate you for your next project, I just want to share a little bit of my heart that is being formed over the years and in which the experiences lived in Equatorial... 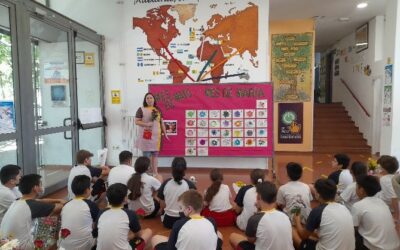 TO BE INSTRUMENTS FOR THE ENCOUNTER WITH GOD

The meeting with young people and families through the word of God. We as MCI accompany young people listening to them when necessary, we do not have time limits, when necessary the doors are open to accompany them. Before, those who did not believe in God (they would...